This job is no longer accepting applications.

Project Details: The theory of frames was born in 1952 as a part of the non-harmonic analysis. However, its expansive growth in late 80’s is due to the perspective of real-life applications. The frame theory on groups has become the focus of an active research, both in theory as well as in applications due to its potential to unify the continuous theory (integral representations) and the discrete theory (series expansions) in the last two decades. Several researchers have made remarkable contributions in establishing the theory required to analyse frame properties on various groups. The main objective of this project is to investigate more frame properties of generalised version of translation invariant systems and wave-packet systems over various groups. The theory of shiftinvariant subspaces of L2(Rn) plays an important role in many areas, most notably in the theory of wavelets, spline systems, Gabor systems, and approximation theory

Stipend and duration and Educational qualifications: The amount of fellowship will be as per NBHM norm (www.nbhm.dae.gov.in). Initial appointment is for one year and co-terminus with the project. M.Sc. degree in Mathematics/or in equivalent degree with first division as defined by the awarding Institute/University and passing of NET/ GATE.

How to Apply: Interested candidates are requested to send a detailed CV to Dr. Niraj Kumar Shukla (nirajshukla@iiti.ac.in) with subject line “Application for JRF/SRF position” latest by May 31, 2021.

Complete information with respect to such as year of passing, experience, marks etc. should be mentioned in the CV. Incomplete applications will be rejected. 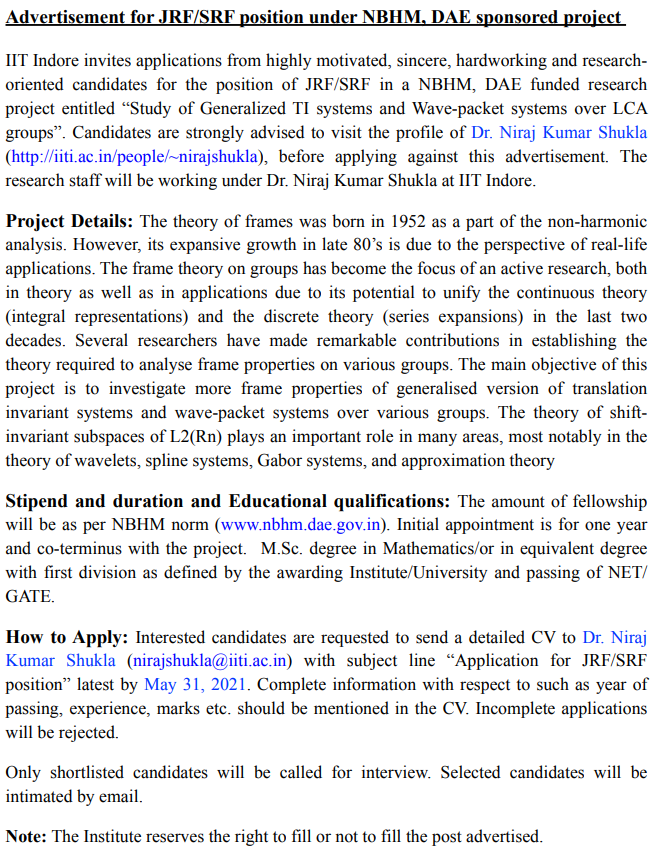 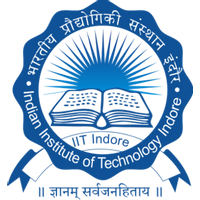