Indian Association for the Cultivation of Science, Jadavpur, Kolkata India invites application for RA-1 Position at IACS from eligible and interested candidates

About- The Indian Association for the Cultivation of Science (IACS) is a society registered under Act XXI of 1860 and the corresponding State Act viz. the West Bengal State Registration Act 1961, with its headquarters at 2A & 2B, Raja S. C. Mallick Road, Calcutta – 700 032, West Bengal, India. It has a Governing Council with a number of members elected or nominated and the Registrar as its Non-Member Secretary. The Council has the functions, duties and power as envisaged in the Memorandum and Bye Laws and as per the provisions of the relevant Act. 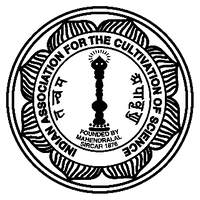